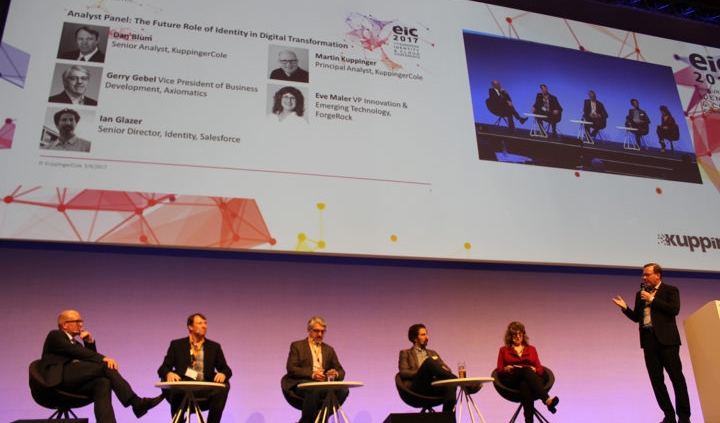 European Identity Conference (EIC) is Europe’s leading event for Identity and Access Management (IAM) and Governance, Risk Management, and Compliance (GRC), and cloud security. For the 11th time, the EIC offered us best practices and discussions with more than 700 participants from worldwide companies including most of the leading vendors, end users, thought leaders, visionaries and analysts. This year’s conference was in Munich at the Dolce Ballhaus Forum Unterschleissheim. Some of the hot topics were around GDPR/PSD2 compliance, digital transformation, and Blockchain:

GDPR: With one year until implementation of GDPR, there is intense activity for organizations to finish preparations for compliance. The range of sessions included workshops, presentations and panel discussions which were represented by standards organizations (Kantara Initiative, OASIS), KC analysts, vendors, and end user organizations. It will be very interesting to hear about these projects at EIC next year!

PSD2: Easily the second most popular topic was PSD2 and its impact on the market. It seemed that there was a discussion both of the positive aspects of the standard: providing more options for consumers and providing some standards for making this happen. On the negative side, there was commentary on the potential downside for traditional banking institutions. The larger question or issue to consider is, what is the role of banks in a rapidly changing, disintermediating world?

Blockchain: There were 10+ sessions covering different angles on Blockchain and its potential use and/or impacts for the identity management industry. At last year’s conference, Blockchain was also a popular topic, but there was little substance behind it. This year, Blockchain felt more real and serious. We also heard more about distributed ledgers as a concept and the discussion was not exclusive to Blockchain. 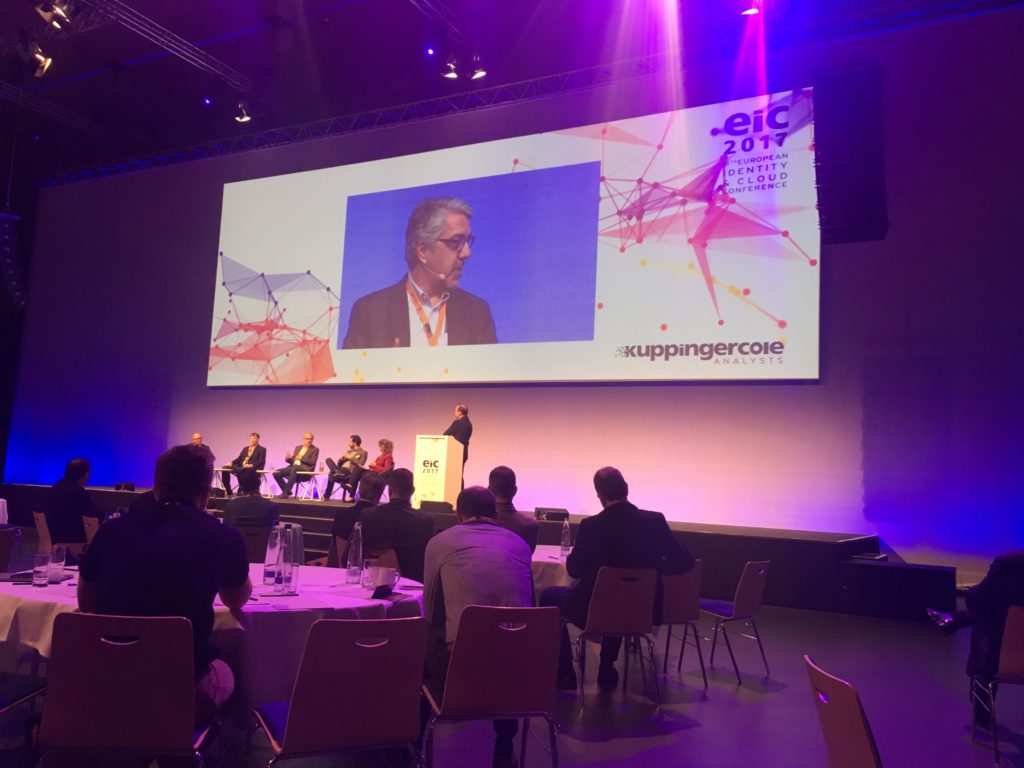 Tuesday, Gerry Gebel from Axiomatics joined a group of industry leaders on the analyst panel, including: Dan Blum, senior analyst at KuppingerCole; Ian Glazer, senior director of identity at Salesforce; Eve Maler, vice president innovation and emerging technology at ForgeRock and Martin Kuppinger, principal analyst at KuppingerCole. The topic of the panel was “The Future Role of Identity in Digital Transformation.”

For more information and resources on the topics we covered at EIC 17, please visit our Resource Library.